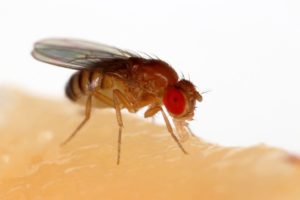 Biologists have managed to create an optogenetic heart stimulator that acts on heartbeats with laser pulses. A description of a successful experiment on fruit flies appeared this week in the journal Science Advances.

Classic heart stimulants work by sending electrical impulses to the cells of an organ. Under the influence of impulses, the cells contract, and thus the constant rhythm of the heartbeat is maintained. In this experiment, scientists used the achievements of a relatively new field of science, optogenetics.

In optogenetics to stimulate cells (primarily biologists were engaged in neurons) they are genetically modified, causing the cells to produce special proteins – ion channels that allow ions to move through the cell membrane. Due to the presence of these proteins, the cells begin to respond to light.

At the very beginning of the development of optogenetics, experimental animals had to introduce fiber into the body in order to deliver light pulses to the area of ​​interest. This year, American scientists have developed wireless microscopic implants equipped with a radio module and an LED. They are capable of being turned on and off by external control.

In our experiment, such tricks were not required. Drosophila flies were genetically prepared for their heart to react to light, and stimulation was carried out by laser pulses that penetrated through the exoskeleton on the fly’s abdomen. During the experiment, it was found that when applying laser pulses with a frequency of 10 Hz, the mushy hearts beat in full accordance with the pulses.

Chao Zhou, an assistant professor of bioengineering at the University of Lehigh, who led the work, explains that optical cardiac stimulants have a number of advantages over traditional ones. For example, an optical stimulator does not need to be implanted. It affects only a specific set of cells, while the electric can affect the surrounding organ tissue.

Similar studies have already been successfully conducted on other favorite creatures of biologists – zebrafish and mice. However, in the case of fish, the effect was possible only at the embryonic stage, and in mice – at the opening of the chest. In this case, non-invasive stimulation was demonstrated in the laboratory.

Since in the case of drosophila flies it is possible to influence them at all stages of development, this allows scientists to test interesting hypotheses. For example, by studying specially bred flies with a predisposition to heart attacks, one can find out whether cardiac stimulation of a developing embryo will affect the improvement of the heartbeat situation in adult flies.

Of course, this technology is not yet adapted for experiments on humans. It will be necessary either to implant the stimulator surgically or to develop a system in which the cells will respond to radiation in the near-infrared part of the spectrum (capable of penetrating tissues). However, for this you will need to figure out how to focus this radiation so that it does not dissipate into the tissues. But Zhou is sure that there is nothing not possible.

Pacemakers were first used in the 1950s. The first prototype was located outside the body, and received power through the wires.