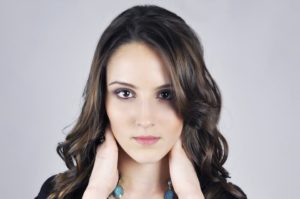 Eczema most often occurs in childhood, especially in babies of the first three years of life. However, there is an adult form of this dermatitis associated with a hereditary predisposition, structural features of the skin and its excessive sensitivity to external irritating factors. Inflammation of the epidermis, which is accompanied by severe redness and painful itching, dryness and cracking, erosion, provoke external factors, as well as some changes in metabolism, endogenous allergens. How to determine the causes of eczema, what to do to reduce symptoms and frequency of exacerbations?

What is eczema, what is typical for it?

Eczema is a subjectively extremely unpleasant rash, accompanied by reddening of the skin and severe itching. It often begins in early childhood, but can also form in adults. The inflammation typical of eczema is triggered by the influence of allergens and additional triggers, including adverse environmental factors. Dryness and redness, severe itching of the epidermis only intensifies when scratching or rubbing the skin, causing an activation of the inflammatory reaction.

In our country, millions of children and adults suffer from eczema, but the severe form, which is difficult to treat, is typical for only 5% of all patients. The term “eczema” can be used when it comes to numerous skin diseases, including contact dermatitis and damage to the skin of the hands, rashes with weeping and formation of crusts. But most often doctors encounter atopic eczema – this is how the manifestations of atopic dermatitis are called, it is the most common form of allergic skin lesions.

Acute inflammation of the epidermis forms a typical eczematous rash – redness, blisters, intolerable itching. Rashes may appear for the first time in early childhood, although an adult form of inflammation that develops during adolescence, adolescence or adulthood is also possible. Periodic rashes, inflammation of the skin can last a lifetime, but many people outgrow them over time. Typical places of eczema on the body can also change with age. In infants, inflammation affects the skin on the face, they usually have red, itchy cheeks, which sometimes become covered with blisters and crusts, soak. In children, from early age to puberty, inflammation with an itchy rash and weeping, crusts are usually located in the folds of the skin under the knees and on the inside of the elbows, but it can also develop on the wrists, ankles and neck.

Features of skin lesions in adults

Usually, the skin in adults is affected in approximately the same areas as in children, although eczema can form almost anywhere on the body. Sometimes redness and itching occur on the face and around the eyes, behind the ears, on the neck and chest. In adults, an itchy rash is associated with very pronounced dry skin. In both children and adults, a condition called lichenification, thickening, and coarsening of the skin around the rash may occur. In all ages, the skin against the background of eczema is very sensitive to damage and injury, including scratching against the background of pronounced itching. Scratching or rubbing can lead to further irritation of the skin, and then itching may increase. Without adequate treatment and proper skin care, itch-rash on the skin-pruritus cycles repeat an infinite number of times.

What causes eczema and painful itching

To date, scientists do not know exactly why an allergic skin lesion occurs, but this seems to be related to genetics and the environment. Most people with eczema have a family history of allergies, and many additionally develop hay fever and bronchial asthma. Certain triggers, such as food or household irritants, can play a significant role in provoking itching and inflammatory skin lesions. Some studies show that there is a defect in the upper layer of the skin, which leads to an abnormal immune response and forms all manifestations of eczema – soak, itching, dryness.

How to eliminate redness and skin defects

Although, unfortunately, there are no effective drugs that permanently eliminate the manifestations of eczema, today there are methods that can help in combating it. The main procedure, eliminating redness and irritation, is to use a moisturizer after taking a warm bath while the skin is still wet. Moisturizers help seal the water on the surface of the skin to prevent evaporation. Then water can be absorbed into the upper layers of the epidermis, and make the skin softer, eliminating itching and redness. To select moisturizers for sensitive and allergic skin should be shared with your doctor, standard cosmetics in this case do not apply.

It is worth avoiding the use of ordinary soap, especially with dyes, fragrances and sulphates, as they dry out, evaporate and dry the skin. You need to use a soft, liquid soap with moisturizing ingredients, which will advise a specialist.

It is also worth knowing that over-the-counter antihistamines have only a limited effect on the itching and redness caused by eczema, although some people use antihistamines at bedtime, probably because they cause drowsiness and help you sleep more calmly.

For some people with mild cases of eczema, the use of creams with hydrocortisone may be enough to control the appearance of the rash.
If over-the-counter treatment is ineffective, the next step is to visit a dermatologist or allergist for a full examination and development of eczema treatment tactics. Currently, a wide variety of medications are available, from medium to high activity, which allergists can prescribe for the treatment of eczema symptoms. If the triggers are not clarified, it is proposed to conduct allergy testing to determine the most likely allergens and eliminate their effect.