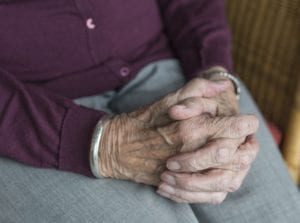 For many centuries, if not millennia, people have wondered how to extend youth. Recently, it would seem, with new advances in the field of DNA changes and the study of telomeres, we could already begin to hope for something – but alas, recent research suggests that aging can not be stopped. This is not possible mathematically, logically, or theoretically. A group of scientists from the University of Arizona was studying the mechanism of aging.

Aging and all the biological processes associated with it, somehow become the result of a decrease in the activity of cells, the loss of their functions. What if this could be avoided by filtering out the most active cells, so that they continue, for example, to produce collagen, not letting wrinkles appear? Researchers hoped that degenerative processes in the body’s biochemistry could be reversed by “fixing” DNA and extending telomeres. In theory, it sounds good – but, unfortunately, with age, too many active cells in the body become involved, which begin to divide uncontrollably – like cancerous cells. Thus, either in the human body there are not very active cells – and then it is still getting old, or they do not remain, and sooner or later the division of too active cells will lead to cancer. 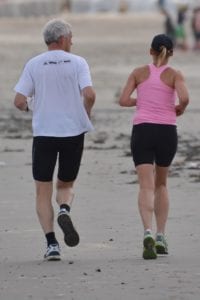 The mechanism of aging is covered in mystery. Why do cells of living beings lose their functions over time? Scientists answer: evolution is not so strong as to reject genes, which only after the production of the offspring only make the creature less functional. If we apply logic – aging also seems inevitable, since cells must grow old and die in order to give way to new ones. However, this does not mean that you can not try to prolong youth or develop ways to resist cancer.

Regular physical activity can reduce the rate of aging of your body, according to a study conducted by experts at the University of Brigham Young University in the United States. Highly active people – for example, those who devote five days a week for 30-40 minutes running – are younger in the biological sense of the word than those who do not do sports at all. The difference in biological age can reach nine years.