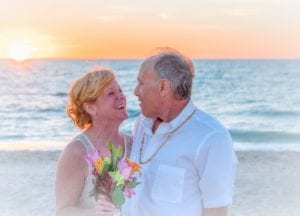 Marriage has a good effect on health, increasing the chances of survival in the presence of one of the major risk factors for heart disease, for example high cholesterol, say British scientists.

The fact is that a loving spouse can make you take better care of yourself, scientists suggested, presenting the results of the study at a conference of the British Society of Cardiovascular Diseases.

Dr. Paul Carter and his colleagues who prepared the study, have previously stated that marriage increases the chances of survival in a heart attack. Their new work explains with what it can be connected.

They suggest that marriage helps protect a person from exposure to such risk factors as high cholesterol, high blood pressure or diabetes.

The study involved nearly a million Britons who had these health problems.

The researchers found that the chances of women and men aged about 50, 60 and 70 years with high cholesterol to live to the end of the 14-year study were 16% higher if they were married.

The same principle worked for those who suffered from diabetes and high blood pressure.

The results for those who cohabited, divorced, or widowed, were not as clear.

The researchers did not consider whether the marriage of the participants in the study was happy, but they suspect that it is not so much the fact of marriage as important that the presence of a close person is important.

“Apparently, there is something in the marriage that protects not only people with heart disease, but also those who have risk factors,” Carter said.

“We do not say that everyone needs to get married urgently, we need to reproduce the positive effect of marriage and use friends, family and social support services in the same way,” he said.

“Whether you are married or not, if you have one of the main risks for heart disease, you can ask your relatives to help you cope with them,” agrees Mike Napton of the British Foundation for Cardiovascular Disease.

Previously, scientists said that marriage contributes to the victory over cancer. Meanwhile, Italian researchers believe that marriage affects the health of older women.