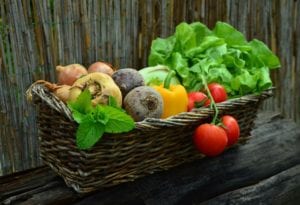 Passion for a healthy diet is fine, but only as long as this fascination does not become the meaning of life and has not acquired a pathological character. The diagnosis, which doctors put too zealous advocates of healthy eating, sounds like “nervous orthorhysis.”

The term “Orthorexia nervosa” was first introduced in 1997 by the American physician Stephen Bratman. In Greek, orthorexia means “correct appetite”. Thus, orthorhysis is one of the types of eating disorder. To food disorders also include bulimia and anorexia. The desire to eat correctly in patients with orthorhysis becomes obtrusive. They are striving at all costs to use only useful, environmentally friendly products. And the idea of ​​the correct nutrition for each patient their. One will not eat meat and dairy products in any form, since they carry the energy of unfortunate, exploited animals. Another – completely fixated on the purity of food, and therefore will never eat what is sold in the supermarket – on its table can only get vegetables and fruits grown with their own hands without pesticides and growth stimulants.

What is dangerous Orthorexia nervosa?

So what? – Skeptics will say. – What’s wrong with being addicted to a healthy diet? At first glance, of course, nothing. But only at first glance. With detailed consideration it often turns out that the manic enthusiasm for a healthy diet, long-term rejection of certain products leads to the development of a deficiency of vitamins and trace elements, which affects the health of orthorhysis. In addition, fixation on food leads to the social isolation of such a person (who needs a friend or girlfriend who instead of coffee drinks thawed water and all the time carries a boiled carrot and sprouted wheat).

How to learn Orthorexia nervosa?

Externally, the patient does not differ from the usual adherent of a healthy diet. However, the line between norm and pathology is very subtle. It is very easy to step over, and then from a person who leads a healthy lifestyle, you can turn into a food maniac, as happened with Stephen Bratman. In his book “Addiction to useful products: how to overcome obsession with proper nutrition” Bratman described what he experienced in the 70s of the last century, when he was in a commune engaged in the cultivation of organic food. All the members of this organization were so carried away by a healthy diet that it became for them a kind of religion. Stephen is only a vegetable, and always right from the garden and only in its original form (even salads from them did not cook). It is clear that with this attitude toward his food he stopped eating in public places, becoming more and more a hermit. But also it is not enough of it, in due course he began to enter into the diet of more and more rigid rules, than it was unspeakably proud. And to people who did not share his views on healthy eating, Stephen treated as a lower, limited beings. As time went by, Steven Bratman tightened his food system even more and eventually began to break. Recalling that time, Stephen confesses that he could not stand it and was full of “bad foods”, after which he arranged for himself a punishment in the form of a complete refusal of food. Do I need to explain that as a result of such extremes, he so worn out his body that he brought himself to exhaustion and a nervous breakdown.

Unlike bulimia and anorexia, orthorhysis is not a clinical diagnosis. Initially, it does not threaten the life of the patient, but because many specialists do not see this behavior in general. There are so many fat people around who die of diabetes and obesity, that the enthusiasm for healthy nutrition looks good. But only so long as this benefit does not prevent a person from living and communicating with others. If the patient himself recognizes his dependence on the right way of life, then the doctor must intervene in the situation. It is better if it is an expert in psychoanalysis, that the root of the problems is most often in the past of the patient. In his personal traumas that caused psychological disorders. Understand the root cause, talk it through, experience it again, overcome the psychological clamp – only after that there is a chance to get rid of fixation on a healthy diet.