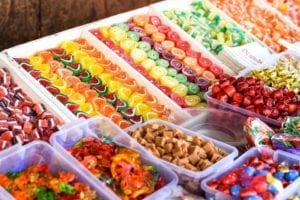 There is a stable concept of “comforting food”, which denotes the effect of baking and other sweets with lots of sugar on a person’s mood.

Many people eat some troubles in their life as they eat sweet, as it is believed that mood also rises due to an increase in blood sugar. However, now scientists have proved that sugar comfort is nothing more than a myth.

They emphasize that there is no scientific evidence for the ability of sweets to influence mood.

The experts conducted a meta-analysis of 131 studies, which showed that cakes, pastries and ice cream not only did not increase mood, but also made people feel more emptied and less concentrated just an hour after they were taken.

Consequently, a bad mood should not be jammed with pastries, since a person will not experience any relief of suffering, and these sufferings themselves will only intensify very quickly.

This study was conducted by scientists from Humboldt University in Berlin, who were assisted by their colleagues from the universities of Warwick and Lancaster in the UK.

Note that until recently, science has been debating about the effect of sugar and carbohydrates in general on mood. Victims of depression or seasonal affective disorders go through sweet self-medication.

It is believed that sugar promotes the release of neurotransmitters that increase mood. However, excessive consumption of carbohydrates has a negative effect on psychological well-being.