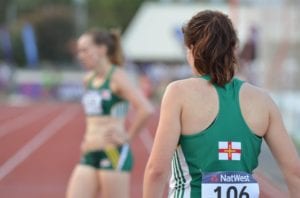 Often after an intense training, beginners, and sometimes experienced athletes, notice signs such as dizziness, weakness and nausea. The reasons that cause this phenomenon can be mass. In this article we will talk about them, as well as ways to avoid the appearance of unpleasant sensations.

Almost every runner who gave his body a big load, faced with a feeling of nausea and dizziness. Normal such phenomena, of course, is difficult to call, but they are not to be afraid of their appearance. You can identify a number of the most common causes of unpleasant feelings for the athlete.

Excessive eating habits
The first reason for the occurrence of nausea is the intake of food in large quantities. If you do it in an hour or less before running training, the consequences will not take long. This fact is explained by the fact that the body with the load at the time of running, throws all the energy on the maintenance of muscles, and it does not have enough strength for digestion. This mode of nutrition causes significant damage to the organs of the gastrointestinal tract. As a result, along with nutrients from the food in the blood can penetrate toxins and allergens, as the protective properties of the gastrointestinal tract during dynamic training are reduced.

Low level of sugar
The second reason is directly opposite the first. Nausea, weakness and dizziness can overtake the runner if he has not eaten the last time only for 3-4 hours prior to training, or, for example, he observes for some reason a strict unbalanced diet, limiting the intake of nutrients in the body.

Blood pressure problems
This, too, can cause unpleasant symptoms. In general, the pressure of an athlete should be monitored regularly, but if for some reason you do not have the opportunity to measure it, you can focus on your own well-being. There is dizziness after a sharp rise, feel some discomfort when you get up after a long sitting – these symptoms signal problems with pressure. In this case, be prepared for the appearance of nausea and dizziness during the running exercise.

Dehydration
Non-compliance with the water balance can also play a cruel joke on the runner. Dehydration may occur from an increase in temperature or from intense sweating. As a result, it leads to nausea. In addition, during an active training a person allocates much more heat energy than at rest. This leads to an increase in body temperature by about 1 degree every few minutes. The activity of such a process depends on the intensity of the training and the temperature of the environment. Sometimes this can provoke a heat stroke. His symptoms are confusion, loss of strength, nausea, loss of consciousness.

However, if you started training with unimportant well-being, with a headache, after lack of sleep, then physical activity can only worsen the condition and cause nausea.

Methods to combat unpleasant symptoms
After you have found out why nausea and dizziness may occur, it is not difficult to follow the recommendations that help to avoid such feelings.