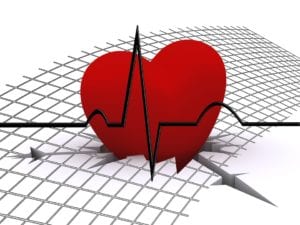 We used to associate cardiovascular diseases with high cholesterol, as well as with excessive amounts of fatty and fried foods – but in fact it turned out that the reasons are much deeper. At least so says Dr. Dwight Lundell – former head of the surgery department at the American clinic Banner Heart Hospital.

The main culprits of cardiovascular diseases are first of all chronic inflammation of the walls of the arteries, because of which later the same cholesterol is accumulated, which is most often blamed for ailment. The discovery indicates that, when trying to treat heart disease by lowering cholesterol, doctors unconsciously make a very common mistake of medicine – eradicating the symptoms of the disease, rather than its source. After all, in fact, cholesterol is just one more link in the chain of causes of the disease – which means that the treatment should first of all be focused not on it, but on what caused it.

This concept is very important also because, due to the wrong approach, problems such as obesity and diabetes have been spreading around the world for many years. These diseases can also be brought to the “side effects” of incorrect treatment and prevention of cardiovascular diseases, from which every year more and more people die.

For example, according to the statistics of the American Heart Association, at the moment 75 million Americans suffer from cardiovascular diseases, 20 million have diabetes and another 57 million have a so-called prediabetes. And, what is most terrible, every year the age of the patients becomes less and less – the diseases “get younger”.

What are the inflammations of the artery walls? In fact, it is quite a natural process – thus our body protects itself from various bacteria, toxins or viruses. The fact is that a cycle of such inflammation ideally protects the body from harmful “invaders”. However, if we take into account what an incredible amount of harmful food we consume (and in some cases we also add to it smoking and alcohol), then the inflammation that comes to our aid becomes chronic – and is no longer so useful.

Moreover, no less damage to blood vessels brings and nutrition with a low content of fat – that is, dietary. In the “black” zone, too, excessive consumption of products with simple carbohydrates (sugar, flour products) and a number of vegetable oils (soybean, corn, sunflower) also falls.

However, not everything is so bad – to protect yourself from the risk of getting sick, you just need to follow the right diet. According to Dr. Lundell, the most suitable menu for a healthy heart and blood vessels are foods with complex carbohydrates, as well as a balanced amount of proteins and fats. It is also desirable to eat unprocessed whole and ecologically food.