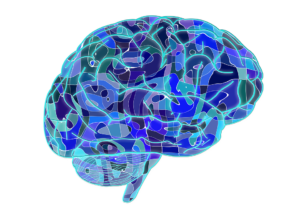 We all know that it is useful for the brain to eat walnuts, teach poems and when doing monotonous monotonous work, rest by means of a sharp change in activity. There are a lot of councils for nutrition and mental loads, but few people associate brain health with an active way of life, realizing how dangerous it may be for it to be hypodynamia.

Sad statistics: which diseases are “threatening” the brain?

Statistics of the brain diseases are very disappointing for today. Craniocerebral injuries, mental disorders, strokes, depression, dementia are far from being a complete list of diseases and conditions that actively affect people in even developed countries. It is expected that at this rate, by the year 2030, various brain lesions can outpace the oncological and cardiovascular diseases that lead the sad list of leading diseases today.
Patients diagnosed with “dementia” (age-related dementia) in the world number approximately 47.5 million. Most of them live in middle and low income countries. Each year, about 7.7 million new cases of dementia are registered. Experts predict an increase in the number of patients to 75.6 million by 2030, and by 2050 their number could increase almost threefold. It is noteworthy that in almost 60-70% of cases the cause of dementia is Alzheimer’s.

The sad statistics of the progression of brain diseases among the modern population is largely due to the increase in the number of negative environmental factors and changes in human behavior. So, the most unfavorable for brain health are bad ecology, constant susceptibility to stress, inactivity, unhealthy food, actively developing technical progress and enormous technogenic loads. According to researchers from the University of Surrey in England, only one week of undernourishment can significantly increase the risk of developing certain brain diseases. And in modern life, a regular lack of sleep, unfortunately, is quite familiar for almost every person. The same can be said about nutrition. For example, fast food, which is very popular among the urban population, at times increases the likelihood of violations of the brain and, in particular, the development of dementia.

Experts argue that the natural aging processes in our body, of course, affect the health and performance of the brain. But at the same time there are many methods that allow to slow down this process and meet old age, as they say, in their right mind. For this, it is necessary to take care of one’s health from a young age, refusing bad habits, leading an active lifestyle and eating properly.

Does the brain need physical activity? 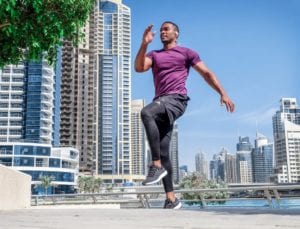 The conditions and rhythm of life of a modern person “rejuvenates” many diseases, including brain damage, more often the first symptoms appear in relatively young people. That is why experts strongly recommend to protect their health from a young age, giving preference to the so-called healthy lifestyle. If a person with poor ecology and genetic disorders can not cope, then physical activity, proper nutrition and the absence of bad habits may well become a kind of credo of his life. The motor activity and regular work of muscles are of great importance for brain health. Morning exercise, walking or cycling, activities in the gym or swimming pool are just a small part of what has a tonic effect on the brain, increases its efficiency and resistance to external and internal negative factors. First of all, regular exercise can help:

Active lifestyle, of course, has a beneficial effect on health, being an excellent prevention of various diseases. So, according to the results of studies conducted by the staff of the University of British Columbia, regular physical activity allows reducing the risk of developing not only brain diseases, but also diseases such as diabetes mellitus, hypertension, cancer, osteoporosis and obesity.

Scientists have found that the development of the brain of a child largely depends on the way a woman lives during pregnancy. In addition, according to researchers, the physical activity of future mothers during the baby’s bearing period has a beneficial effect on their health, reduces the time of recovery of the body after delivery and is an excellent prevention of the development of obesity in the child. Earlier, in the course of experiments conducted on animals, there was already an assumption about the connection between the physical activity of pregnant women and the development of the brain in the fetus. Now this hypothesis is confirmed by research by scientists from the Montreal University in Canada. In order to obtain the necessary data, they studied for a certain period of time the way of life of two groups of women, starting with the second trimester of pregnancy:

Subsequently, after the delivery, the brain activity was measured in children of women from both groups. For this, the kids, aged 8-12 days, performed electroencephalography. The results of the study showed that in children, women who had an active lifestyle during pregnancy, the brain developed much better and faster.

Does the brain need physical activity at advanced age?

At an advanced age, an active lifestyle also has a tremendous value to maintain the health of the brain. Moderate physical activity reduces the likelihood of developing senile dementia and Alzheimer’s disease. As proof of this statement, we can cite the results of joint observations conducted by scientists from the University of Miami and Columbia University. The study involved 876 volunteers with an average age of 71 years. At the beginning of the project, the participants passed a series of tests that allowed determining the quality of their memory and the level of cognitive abilities. Also, each volunteer has undergone a brain test using magnetic resonance imaging. The same research was carried out after 5 years. In addition to medical indicators, scientists were interested in the lifestyle of participants in the study, which was supported by them throughout the observation period.
The results showed that in people who had an active lifestyle, natural processes of aging of the brain proceeded much more slowly than those who did not pay enough attention to physical activity.